WHAT IS HEROIN ADDICTION?

Sean Connolly once wrote: ‘heroin is a drug of extremes[1]’.  With 12 years of personal heroin addiction, followed by 15 years of drug addiction treatment, and now a subsequent personal interest in heroin addicts, I conclude that this is one of the most profound statements ever made about this particular drug. Particularly for parents, but indeed for every family member, heroin is one of the most feared drugs.  Yet for the exploring drug user, it offers the most powerful high. Subconsciously, most people have heroin in mind when they hear of drug related crimes, overdoses and chronic addictions. Connolly went on to point out how ‘this specific drug forms the backbone of drug treatment programmes around the world’. 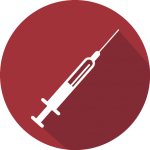 Experimentation, use, abuse and dependency with the effects of the opium poppy can be traced back thousands of years, so we must agree on one thing:  that the urge in humanity to escape is not limited to your family – it is one of humanity’s frailties.

Heroin falls into the category of drugs known as opiates, derived from the opium plant.  It contains the natural ingredients which also make up two very powerful painkillers: codeine and morphine.

In its purest form, heroin presents as a white powder; but by the time it reaches heroin addicts on the street it has been polluted several times and usually ends up brown in colour. By the time addicts get their hands on to the powder, its purity levels have been reduced by between 20% and 60%. The bag bought by the heroin addict is usually made up of crushed paracetamol, barbiturates, sleeping pills and even brick dust!

Heroin addicts have a specific number of practical needs in order to ingest their chemical of choice.

FOR THE HEROIN SMOKER:

FOR THE INTRAVENOUS HEROIN ADDICT:

One or two spoons, usually black underneath the bowl from the roasting ritual.

What makes Heroin Addiction so Damaging?

American novelist William Burroughs lamented: “Heroin is not like alcohol or weed, a means to increasing enjoyment of life. Heroin is not a kick; it is a way of life.”

Each person has a specific ‘tolerance’ to a drug, dependent upon factors such as how long they have been using, their physical condition, and the quality of the drug.  Many heroin overdoses occur in the same town at the same time when a surprisingly high purity level of heroin reaches the streets and addicts with a tolerance for impure heroin unknowingly inject too much of the drug for their system to tolerate. A heroin overdose can occur within one minute of taking the drug, or it can be the result of a process of over 12 hours. The heroin addict slips into a semi-comatose condition, their breathing slows down, skin changes colour and blood pressure drops drastically.

In the event of a fatal heroin overdose, respiratory failure and/or heart problems result in death.

Another major factor of heroin addiction is the withdrawal process, also known as cold-turkey when the drug is unavailable or is stopped suddenly due to arrest or naive attempts of self-treatment. Feelings of dramatic illness slowly overwhelm the weakening individual, which reach a peak after three or four days following the last hit of heroin.

Physical symptoms of heroin withdrawal are similar to a very heavy flu;  but in addition, include restlessness, cramps and aching limbs.  To make matters worse, each of these symptoms are exacerbated by a relentless insomnia. Coming from an 18-month period of abusing high purity heroin, this writer personally experienced a 17 day and night period of sleeplessness following arrest and imprisonment.

The psychological symptoms of heroin withdrawal are similar to those experienced following the death of parent. These feelings of loss can last from six weeks to six months.

Sean Connolly points out that: ‘Scientists now believe that the psychological dependence is a more powerful factor in keeping heroin users hooked on the drug’.

Having personally walked that road many times, the Heroin Treatment and Heroin Rehab Counsellors of Cherrywood House may well be one of the best-equipped teams around to help you, irrespective of the length, depth or severity of your drug addiction.

The heroin addict is never the only person to suffer from addiction.  The whole family suffers.