ADDICTION: WHAT ARE THE SIGNS?

QUESTION: WHAT CONSTITUTES AN ADDICTION?

The Diagnostic and Statistical Manual of Mental Disorders, (Fourth Edition) Text Revision, which is the current official text on which diagnoses are based, and contains the criteria for addiction and other mental health problems. However, the DSM does not define addiction specifically. Rather, problems which fall under the umbrella of addiction are dispersed throughout the manual. 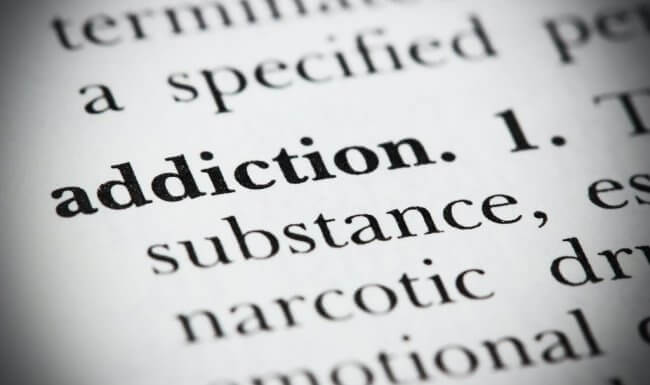 THE SEVEN CRITERIA FOR SUBSTANCE DEPENDENCE ARE:

(1) Tolerance, as defined by either of the following:

(a) A need for markedly increased amounts of the substance to achieve intoxication or desired effect.

(b) Markedly diminished effect with continued use of the same amount of the substance.

(2) Withdrawal, as manifested by either of the following: (a) The characteristic withdrawal syndrome for the substance (refer to Criteria A or B of the criteria sets for Withdrawal from specific substances). (b) The same (or a closely related) substance is taken to relieve or avoid withdrawal symptoms.

(3) The substance is often taken in larger amounts or over a longer period than was intended.

(4) There is a persistent desire or unsuccessful efforts to cut down or control substance use.

(6) Important social, occupational, or recreational activities are given up or reduced because of substance use.

(7) The substance use is continued despite knowledge of having a persistent or recurrent physical or psychological problem that is likely to have been caused or exacerbated by the substance.