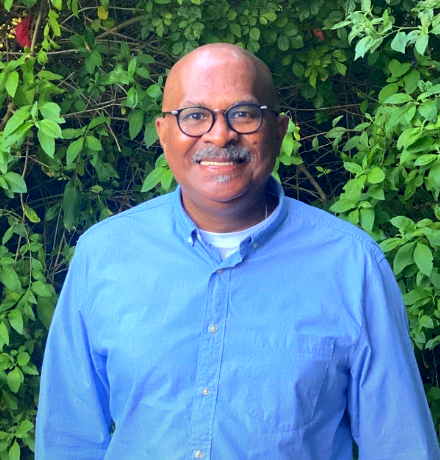 In addition to his vocation as a pastor, John is a certified Peer Recovery Specialist and a certified Professional Recovery Coach with a commitment to helping people in recovery.

John is married, and his wife is his greatest supporter and encourager. He has two sons living in Canada and four children living in Cape Town.

John was caught up in addiction in his late teens and was in that trap for 20 years. He has now been clean for 35 years and is enjoying life on life’s terms.

He was brought up in a suburb called Salt River a few miles out of Cape Town. His father, a humble tailor, provided for John and his family as best he could. His mother worked as a domestic worker for many years, and was a woman of prayer and integrity. A family of eight that grew up poor, they were never without the basic necessities.

John joined Alcoholic Victorious, the only recovery support at the time. Later, he ran the Fish Hoek Drug Crisis and Information Centre for three years. He then became the Program Director of a treatment centre called Beth Rapha (House of Healing) in Cape Town for 15 years.